charla wrote:Why did you only notice that from a post from last year?!

So, after 2 years of owning the Mondeo ST (2.2 diesel), I got fed up of it (more to it than that, but not going into details) and have gone back to something FAR less sensible.

Have now got a RenaultSport Megane..! Me being me, it has....

* already fitted to car before I bought it

Needless to say; it goes like stink, makes all the right noises (sucking in air on the throttle and tsssshing with the BOV) and being a RS Megane, handles like a dream. I fecking love it.

Will try to dig up a pic...
I've actually met Chris n shook his hand. This fact is still causing slight issues in my trouser dept....

My current daily driver is this: 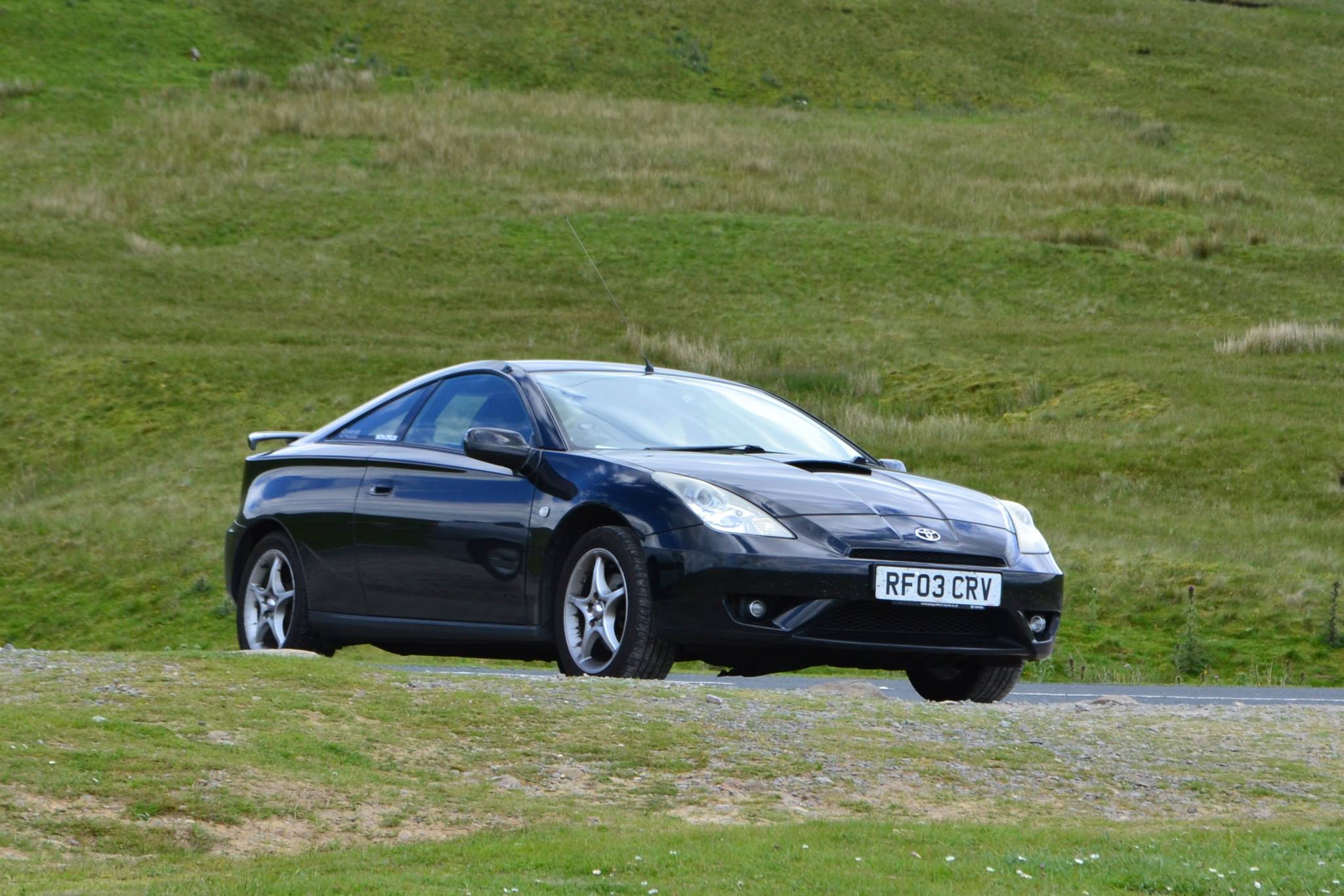 Toyota Celica VVTi 140 - Nothing amazing performance wise but handles like a go-kart! 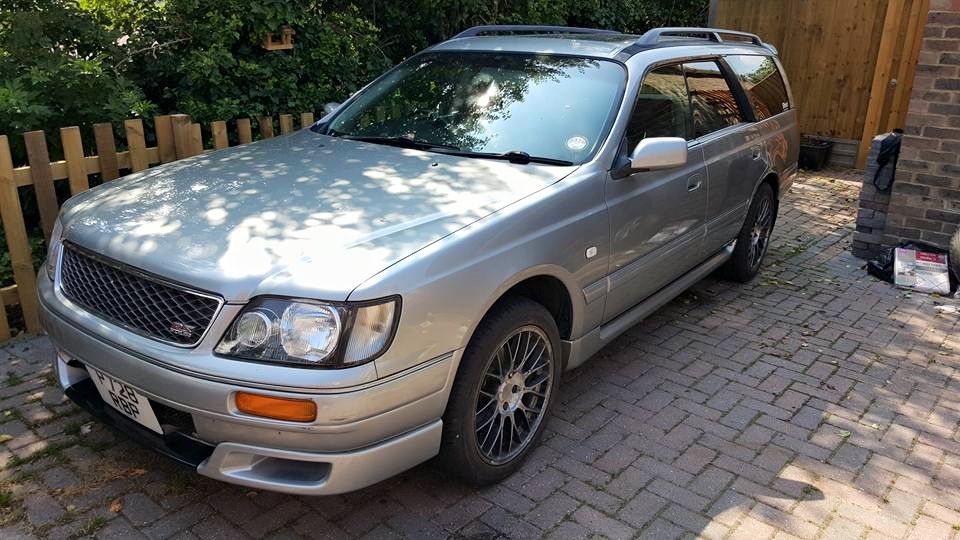 Nissan Stagea RS FOUR - Essentially a Skyline estate - with a 2.5 turbo lump inside and the ATTESSA 4WD system from the GT-R. Went like shit off the proverbial shovel, and I miss it

I was then offered this by a friend to replace it (for some reason I always have two cars!) 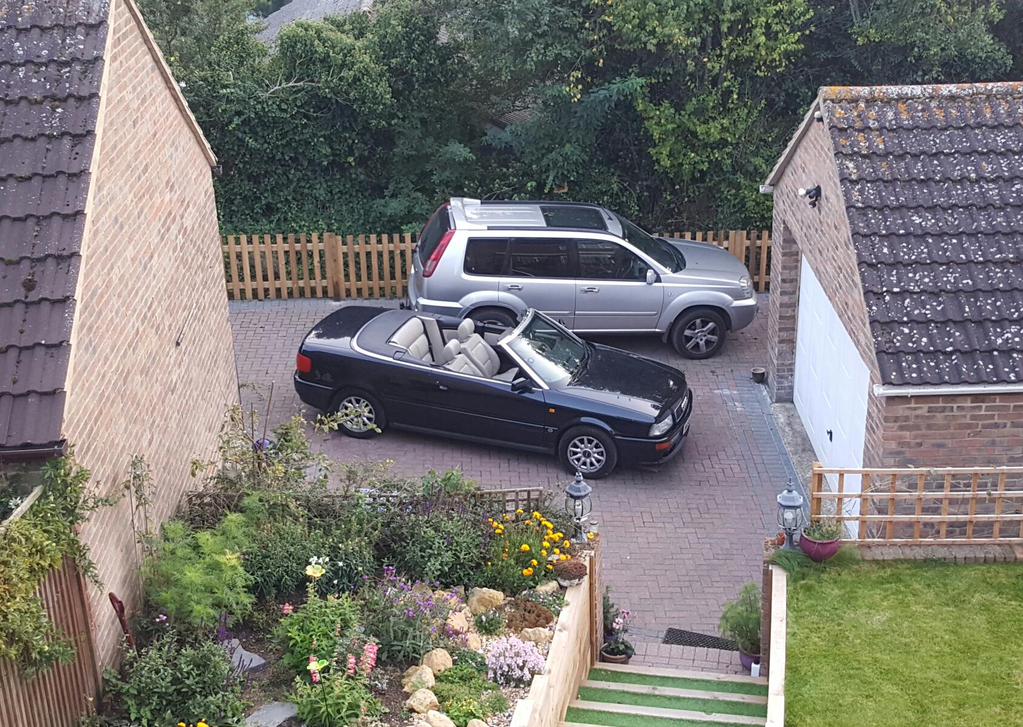 Audi Cabriolet 2.6E V6. Only 150bhp but more torquey than the Celica and hey, it's got no roof!

About to retire it to the garage for the winter though as the nights draw in
Crunchy Nut Cornflakes are just Frosties for wankers.

I'm looking to buy a car soon and I'm hoping you'll be able to offer up your advice.

Of late, I've been commuting by train in the main, but with a new job, I can only practically get there by car. I have been cycling there up to now, but that's getting old and the route is one of the "red routes" -- the most dangerous roads in the county, and I'm not planning on dying yet.

Initially, I want to buy something dirt cheap, as I don't know how long the current gig will last. I may end up upgrading to a nicer model later, but I'm looking for something to last a year or so.

As to what car, the only cars I don't think will work are very small cars like the Micra and Corsa. I've driven both in the past and they're just too small for me. I can barely drive them! I had no problem fitting in my MkII MR2s, though. I'm not a giant!

It'd be nice to get something with cheap insurance and VED, but not essential.

I don't really care about the cosmetic side -- it appears dealers will sell off P/X cars at very low prices when they have a couple of dents, although that does make me worry about more major unseeen damage -- would a history check cover all that?

I'm not bothered about the manufacturer, but obviously prefer something reliable. Performance isn't really an issue, as the distances covered are fairly short. MPG probably won't be too much of an issue either, as I won't be doing many miles.

I'm veering towards buying a s***box from a dealer as then at least there's some comeback if something goes wrong, but I'm wary of dodgy-looking dealers in Auto Trader with photos that look like they're taken in odd places.

Should I be wary of that? How do you determine a trustworthy dealer? Should I look at Gumtree and/or eBay? I think I'd need to take someone along who knows cars, though.

I'm in Surrey and will happily travel up to 20 miles, possibly further if necessary.

Thanks for any advice you can give!

As for cars, me being me would suggest to get something Japanese. I've done 60,000 miles in the Celica in 3 years and it's not needed anything doing bar usual servicing and a set of front discs.

I had a diesel Almera and had no problems with that, although it might be a bit over your price range. The 2000+ 1.5 petrol models have issues with timing chain stretch so the 1.8 is the way to go on those.

Do looks matter to you is the main question I guess

Looks don't matter for this car at all. Previous cars, yes, but not this one!

James H wrote:There's a new service the gov't launched last year allowing you to check the MOT history on cars. Do this before you even pick the phone up, it can identify potential problems and show up cars with a "less than glorious" past. https://www.gov.uk/check-mot-history