This featured the vocals of actor Phil Daniels, most famous for his role in Quadrophenia. Leslie Ash was in it too but thankfully without the rubber duckie lips. This was the pinnacle of Blurs career. Parklife hit 10 in the chart but more importantly stayed around the album chart top 40 until their next release came out, the very commercial but underrated The Great Escape. You could buy the best of if you want Song 2 along with this but i would instead tell you to buy the album Parklife instead.
dave benson phillips

The Key, The Secret by the Urban Cookie Collective

Ahh the smell of my favourite compilation that I bought in 2002. Its the welcome return of the long winded title Breakdown - The Very Best Euphoric Old Skool. Dave took from it this 1993 track.
dave benson phillips

This was covered recently by Sheryl Crow, proof if proof were needed that you should never cover classics. As if you didnt know already, its found on Appetite For Destruction.
dave benson phillips

All Saints with Never Ever

We all know about The Appletons are up to now but nothing about the other 2, considered the talented ones. Melanie Blatt seems to have disappeared only resurfacing with singing duties with Artful Dodger and with a UK rap group whose name i've forgotten but it did get to number 43. Shaznay Lewis was last seen on the acclaimed Brit film Bend It Like Beckham. Best place to get this is Hits, released last year as a cash cow.
dave benson phillips

Boom! Shake the Room by DJ Jazzy Jeff and the Fresh Prince

All Saints got their name from All Saints Road, where they used to live in London. London is a capital city, as is Oslo. If you add the letter 'N' to the word 'Oslo' you get 'Onslo', who was the scruffy brother-in-law in 'Keeping Up Appearances'. The actor who played Onslow also played Twiggy in 'The Royle Family', which launched the career of Ralf Little. Ralf Little shares the same surname as Mark Little, who played Joe Mangel in 'Neighbours'. Neighbours become good friends, and 'Friends' is a hit American TV series starring Jennifer Aniston. 'Aniston' is almost the same as 'Ariston', who make washing machines. If your washing machine was to blow up it would go "boom" and may even shake the room, which links to DJ Jazzy Jeff & The Fresh Prince and 'Boom! Shake The Room'.

Before Will Smith became crap and immersed in his own ego, he had todays singalong anthem for which I entertained my classmates 10 years ago by rapping the whole tune. Their greatest hits was released in 2001, which also includes the whole theme tune to the Fresh Prince Of Bel Air, if you're an anorak.

Weezer from 1995 was todays Link. Weezer have appeared on Sesame Street and the video to this song was them being on a Happy Days episode.
dave benson phillips

This can be found on the Trainspotting soundtrack. Lager Lager Lager was a big phrase used in 1996. The film's success and Euro 96 propelled this up as high as 2 in the charts.
dave benson phillips

Love Spreads by The Stone Roses

This was the ill fated comeback record by the Roses. The Second Coming was more a damp squib. It can be found on the Best Of released a couple of months back.
dave benson phillips

This can be found on Dig Your Own Hole. Noel went on to sing on Surrender with the track called Let Forever Be.
dave benson phillips

Ugly Kid Joe and Everything About You

The Best Ending to a Song... Ever. You can find this on their greatest hits released in 2002. Granted you will only know 2 of the 18 tracks on it. I thought it was on the Wayne's World soundtrack but its not as I found.
dave benson phillips

Hello by the Beloved

Much overlooked band, originally started as an indie band that gradually went into dance much like The Shamen. You can find it on the Beloved album Happiness.
dave benson phillips

A Tribe Called Quest with Can I Kick It

Possibly the only song to sample Pete Tong's voice. Supremely recommended is the Anthology released in 1999. If you like this, try out the special price solo album released by Q-Tip in 2000.
dave benson phillips

Reef with Place Your Hands

This can be found on their greatest hits compilation released in 2003. Reef got a bit narked after their fans kept singing Its Your Letters instead because they recorded a piece for TFI Friday that Evans used every week.
dave benson phillips

Public Enemy with Fight The Power

You can find this on the album Fear Of A Black Planet. It got to number 29 in 1989.
dave benson phillips

This was taken from Doubt. It was reissued last year to coincide with the bands reformation.
dave benson phillips

Radiohead with High and Dry

You can find this on 1995 album The Bends, the only decent album they released. There's more tuneful stuff on this one.
dave benson phillips

Marvin Gaye with Let's Get It On

Especially for Valentine's Day. There's plenty of best ofs out there but if you want it on the original then get the self titled album Lets Get It On. He dad killed him in 1984.
dave benson phillips

Lenny Kravitz and Are You Gonna Go My Way

I always say this is my favourite track ever. I could possibly dispute that in years to come bearing in mind he's a bit of a Jimi Hendrix wannabe. This was his highest charting song up until 1999 when he hit the top spot with Fly Away in February of that year. Best place to get link track is from his greatest hits released in 2000.
dave benson phillips

Dream Warriors and Wash Your Face In My Sink

A Canadian Rap Duo - Yes words that go together like Peaches and Chips. These fellas however carried off where De La Soul left off in 1990 with this track and with their other big hit My Definition (which was also a Tedious Link). You can get it on Now The Legacy Begins released in 1991.
dave benson phillips

One hit wonders is probably what you're thinking. You'd be nearly right. Amnesia, the follow up did go top ten. They opened the 1998 Brit Awards, the same year band member Danbert Nobacon chucked that bucket of Water over Prescott. They are still about, somewhere. Answers on a postcard.... no i'd rather not know.
dave benson phillips 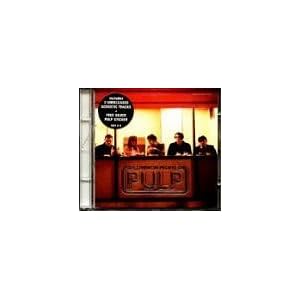 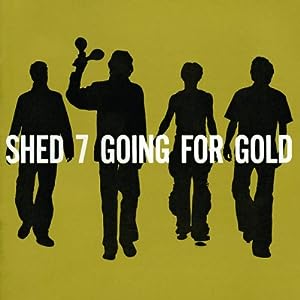 Shed Seven and Going For Gold 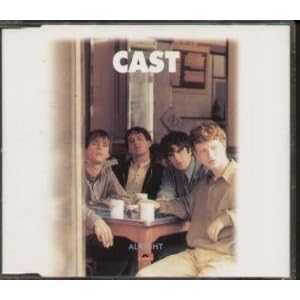 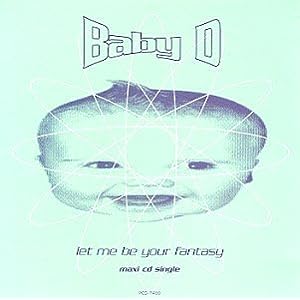 Baby D and Let Me Be Ur Fantasy 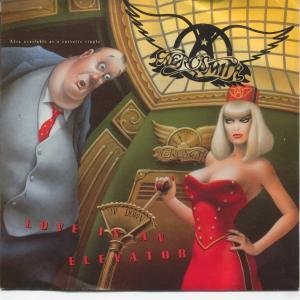 Aerosmith and Love In An Elevator

Mon show is up

They're now married, so it seems to be going well […]

Dominic Byrne's single Holy Water is in the offici[…]