The place where everyone hangs out, chats, gossips, and argues
Forum rules
Reply

At the height of his radio career Chris Moyles was known for not only having a big mouth but also for carrying a few extra pounds.
But since he quit Radio 1, became a stage star and headed to America, he has stepped up his game to become slim and fit.
The 39-year-old was spotted pounding the pavements while taking a jog looking like he had settled into the LA lifestyle and would almost have looked the part if it wasn't for his very red and sweaty face. 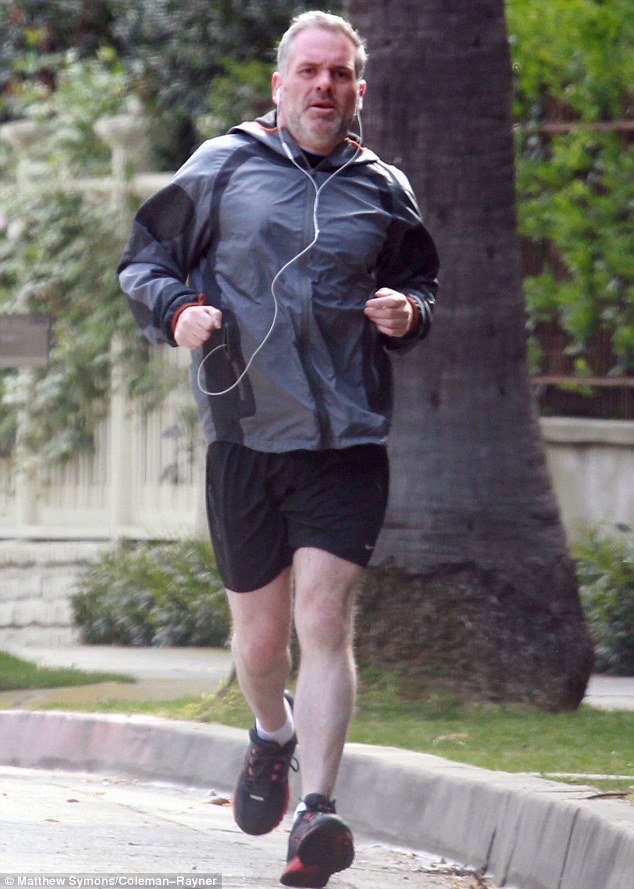 Keeping fit: Chris Moyles was seen going for a jog in LA showing off his slim figure
Looking like half the man he used to be Chris appeared to be taking his new fitness regime very seriously.

Dressed in a pair of black shorts the muscle definition on his legs could be seen, while he covered his top half in a sports jacket.
His hair was cropped short and appeared to be whiter than when he was last seen in the UK a couple of months ago. 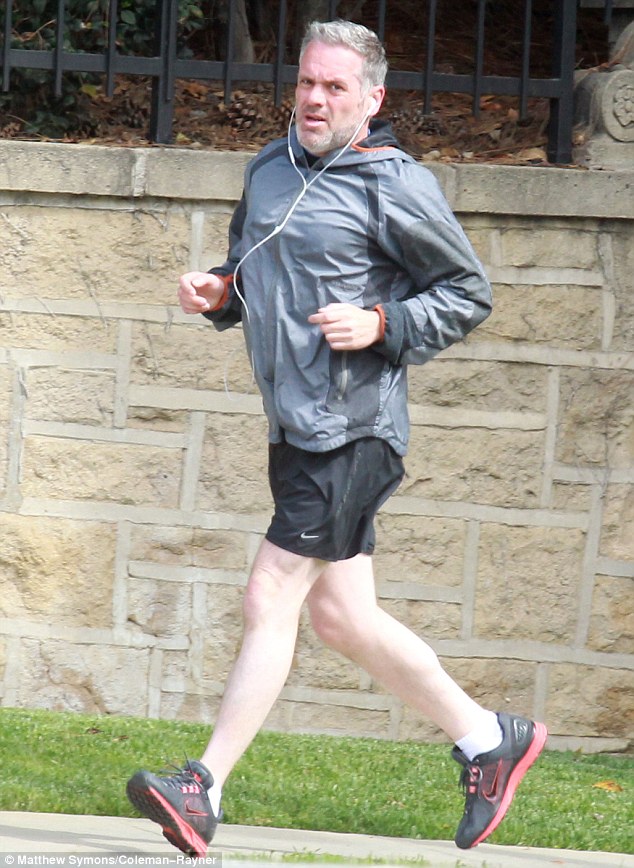 Keeping it up: Chris clearly has been working hard to maintain his figure by going for jogs


Getting his stride: Chris looked like he was really concentrating as he hit the streets

Sporty: Chris was dressed to impress wearing sports shots and jacket with trainers


Muscle: Chris looked very slim while his legs appeared to have plenty of muscle definition
Helping himself keep pace, or perhaps making sure he keeps abreast of the latest music, the radio star had his headphones firmly in his ears.
It’s believed that Chris spent an hour and a half jogging around the streets of his new neighbourhood.
Once he had finished, like any good athlete, he took to time to stretch out using a nearby wall for support.

What you listening to? Chris had his headphones in his ears perhaps keeping in touch with new music


Sweaty: As Chris slowed down his chest was covered in sweat showing he had a good workout

He knows what to do! Chris stretched out after his legs following his run to avoid any aches or pains
Chris is currently in LA looking for work following his stint playing King Herod in Andrew Lloyd Webber's musical Jesus Christ Superstar.
It was recently reported that Channel 4 had decided to axe his show Chris Moyles’s Quiz Night because ‘he just doesn’t work on screen.’
An insider revealed: ‘We tried with Chris. But the reality is he just doesn’t work on screen.


Tired: Chris looked like he had really worked up a sweat as he was red faced when he finished
'Viewers never took to him. The problem wasn’t with the Quiz Night format, it was with Chris himself.’
It doesn’t look good for his Sky Living dating show, Love Machine, either as that seems unlikely to get another series.
Since Nick Grimshaw took over his breakfast show it's thought he was trying to achieve TV stardom and even lost 5 stone to help him get there.

LA dream: Chris is currently in America trying to forge himself a career in TV
But while in the UK his TV career may be floundering, he has big hopes across the pond.
A source revealed: ‘He’s in America working on new projects.
Channel 4 was never the be all and end all to his future on TV. He’s very confident of having big news soon.’
Chris left Radio 1 in September 2012 and the week after took to the stage playing King Herod. He will reprise his role when the arena tour kicks off in October 2013."

very skinny and very pasty white. He's going to have to get some color if he wants to fit into the LA scene. He also looks like he wants to do some damage to the photographer.

The highest rated comments under the article seem to be those saying that he looked better when he was fat. I kind of agree with them, as his body now looks out of proportion somehow. I hope the actual 'content' of the article is the usual DM nonsense, and Chris isn't looking for work in L.A, because that would be ridiculous.

very skinny and very pasty white. He's going to have to get some color if he wants to fit into the LA scene. He also looks like he wants to do some damage to the photographer.

He HATES being looked at, let alone photographed while he is running. When he was living in London virtually all his running was done on a treadmill for that very reason - I remember him saying on the radio once. It must be easier to avoid in LA because no-one there really knows who he is, he's hardly going to attract much attention, so this set of pictures probably really pissed him off.

I didn't actually realise that he has re-located to LA, I think I assumed he was on one of his holidays. I wonder if Sunny-So-Cal has looked him up yet?

Charlalottie on Twitter wrote:Just remembered that I played pool with a satanist last night. Really should go out on a Friday more often.

Charlalottie wrote:Had a good night last night. We lost the pub quiz but had my hair plaited by a viking.

I agree. I've said before that I preferred him when he was bigger. But then I do like a cuddly gentleman.

I agree. I've said before that I preferred him when he was bigger. But then I do like a cuddly gentleman.

Send me the answer to question 1!


Sent from my iPhone using Tapatalk